From Unmotivated to Unstoppable: My Plant-Based Journey Prior to transitioning to a plant-based lifestyle, I had little desire to do anything healthy. I had unfairly lost a court battle that I’d spent almost a decade fighting, and I tried to numb myself from the pain. I became a heavy smoker and heavy drinker, and I ate whatever I wanted. I would mindlessly snack every night while watching TV.

I made excuses for why I was sick and tired all the time. I told myself that the reason I couldn’t sleep well at night was because of my anxiety, knowing deep down that it was because I was extremely unhealthy.

Finding Foods That Energize Me

I had no idea that changing my diet and exercise habits could transform my life, but I knew that it could help improve things. At the end of 2017, I decided to stop slowly killing myself and start living the life that I deserved.

I started by eliminating dairy and meat from my diet. At first, I substituted a lot of soy-based fake meat and fake cheese products to simulate what I was used to eating. But in addition to those highly processed vegan foods, I began to eat lots of veggies, fruits, and beans. And eventually, I began craving what made me feel good instead of feeling sluggish or stuffed.

After losing a little weight, I started running. The healthier I ate, the further I could run, and the faster I could recover from pulled muscles and fatigue. Whenever I ate unhealthy food, I noticed the impact it had on my mood and energy. That made sticking to my diet a complete no-brainer.

I set a goal to run a half marathon in 2019. I quit the bad habits that had been dragging me down for years. I stopped smoking, limited the drinking to one or two nights a week, and completely changed my diet to be 100 percent whole-food, plant-based. And at 40 years old, I ran two half marathons.

Since going WFPB, I’ve lost 60 pounds. I continue to encourage people around me to make positive lifestyle changes. I was asked to design a wellness and fitness program for 15 of my co-workers, and I included plant-based eating education in the program. Exercise and veganism are my passions. I am living proof that eating better food results in a better quality of life. 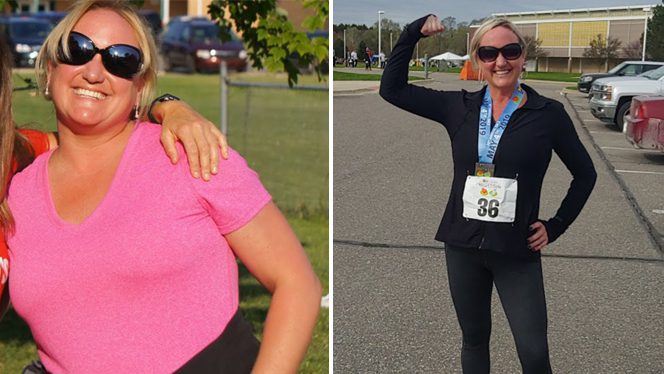 The post From Unmotivated to Unstoppable: My Plant-Based Journey appeared first on Forks Over Knives.